Why earlier detection of sepsis is one of CST's top priorities 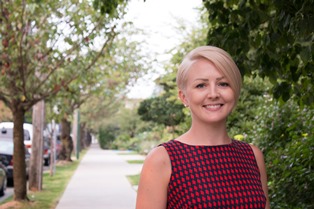 Tiffany Trownson has a personal stake in the Clinical & Systems Transformation (CST) project.  She experienced the nightmare of sepsis firsthand, and lived to tell the tale.

Sepsis is an extreme response to an infection that can often be fatal, with an estimated 30 to 50 per cent chance of death in those who develop it. Wednesday, September 13, marks World Sepsis Day – a day bringing attention to this affliction that causes an estimated 6 - 9 million deaths yearly. Early detection of sepsis plays a crucial role in improving patient safety, and it’s one of the top priorities of the CST project.

There’s a misconception that the old and young are the most susceptible, but sepsis can affect anyone with an infection, as Tiffany experienced. She was 27 and had just moved to Vancouver from Ontario when she began to feel ill while shopping with a friend. She went home with flu-like symptoms.

“My mother worked in the hospital my whole life,” says Tiffany. “We had this policy in the house that you never go to emergency if you have the flu.”

The following day she couldn’t lift her head without feeling ill, and had “violent shakes, raging headaches” and flank pain. Her chills were so bad that she thought she’d pulled something in her back.

“At one point, I was lying on my couch with my sports mouth guard in, because I was so scared of cracking my teeth in response to the pain. It was terrifying,” she says.

Her condition didn’t improve, and a friend drove her to the nearest ED. The doctor thought Tiffany’s symptoms were the result of the flu along with back pain from a previous sports injury, and she was discharged. Her blood was taken for testing, but the results wouldn’t be ready until the following day.

By then, Tiffany felt even worse - something she wouldn’t have thought possible. The hospital called, asking her to return immediately. By this point she was dehydrated and starting to get delirious.

Tiffany was triaged, given an acute bed, and tested further. The following day, her internal medicine doctor diagnosed her with an infection in both kidneys, and told her she was septic. She began intensive treatment and, luckily, recovered.

Tiffany’s encounter with sepsis had a happy ending, although to this day she has to modify her lifestyle because the infection stressed her organs so badly. With her ordeal now behind her, she joined CST, where she was passionate about the project’s goals of supporting the early recognition and treatment of sepsis.

Healthcare in a post-CST future

In a post-CST future, when Tiffany first presented at the emergency department her heart rate, blood pressure, temperature and respiratory rate would have triggered an alert in the new clinical information system warning that she was at high risk of sepsis. Treatment would have been recommended earlier, which could have made a critical difference.